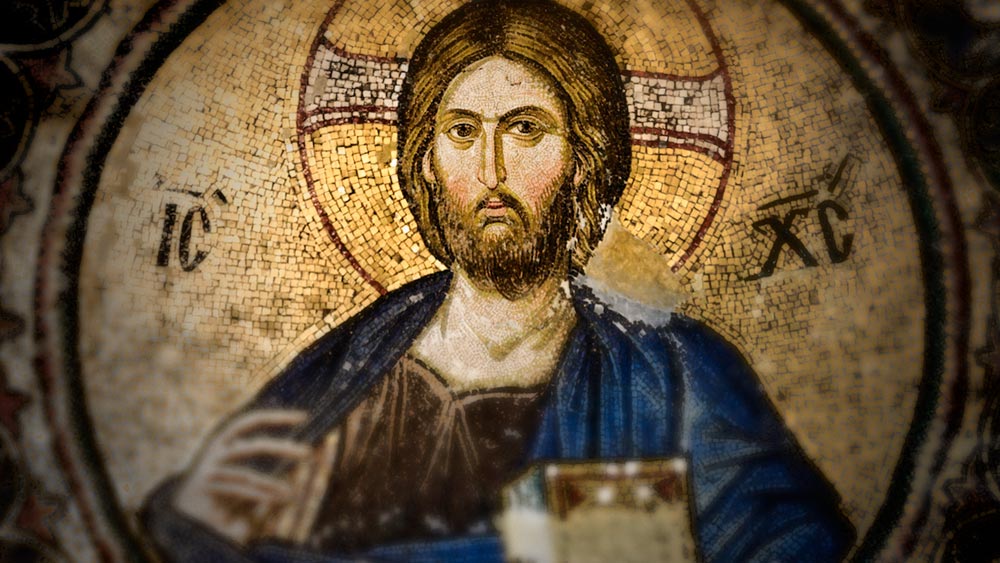 In the 16th chapter of St. Matthew’s Gospel Jesus poses a question to the apostles, “Who do the people say the Son of Man is?”. The apostles replied that some believed Jesus was John the Baptist come back from the dead, while others believed he was Elijah or Jeremiah.  Jesus then asks, “Who do you say that I am?” to which Peter replies “You are the Christ. The Son of the living God”

The people got it wrong. Peter got it right.  Peter correctly identified who Jesus truly was because God had enlightened his reason, but also because Peter knew, and observed the fullness of Jesus’ being—how he spoke, how he lived, his actions, his miracles.  Peter’s observations of Jesus informed his understanding of Jesus.  The people, on the other hand, were confused by false expectations which caused them to see Jesus through a flawed prism, thus distorting “who” he was, in their minds. Still, what they observed informed their understanding of Jesus, albeit through a flawed prism, which is why their conclusion was incorrect.

The point is, what “the people” observe forms their understanding.  So with that in mind, what can we say about the Church? What do people observe when they look at the Catholic Church? Who do they say that she is?

I would offer that when we listen to what is said of the Church we get an idea of who they say that the Church is.  What is it that people talk about, when talking about the Church? What has their attention?

As I write this blog, what seems to have the attention of the masses is the recent revelation of scandal in the Church in Pennsylvania, and the scandals of Cardinal McCarrick. That tidal wave of pain and bad publicity regarding sexual abuse by priests has been going on for almost 20 years, but these new scandals have created fresh wounds to the mystical body, which still has yet to heal from the bombshells of 2002 when the sex abuse crisis in the Catholic Church really became public.

So when people look at the Church and see scandal on top of scandal, who do they say the Church is?  A boy’s club of child molesters? An institution of people who are psychologically and emotionally so damaged and disfigured by dogma and doctrine, and made to uptight by “rules, rules, rules!” that the faith turns us into monsters, or causes us to secretly live out the most wicked vices whenever we can get away with it?

In the mid 1900s the Church still had tremendous moral authority for most people, Catholic or not.  But as we approached the new millennium many in and out of the Church had lost their regard for the Church’s moral voice. They didn’t stop believing that the Church’s moral voice was authoritative, they simply stopped caring about it; in the same way that teenagers and young adults continue to believe in the authority of their parents, even as they disobey or ignore them.  And so even though many had stopped respecting the moral voice of the Church, they were still forceful with their critiques of the Church’s moral teachings even into the 1990s. Why?  Because, the answer to “who do the people say that I am?” was still “The only credible, authoritative moral voice on earth”. Though people were losing their personal respect for that voice, they continued to recognize its authority, they just didn’t honor it.  And because they recognized the Church’s authority on moral teachings, they were less than gentle, meek, and silent when criticizing the Church. They recognized the force of the Church (its credibility and authority) and, logically, they responded with a force of their own.  If they didn’t recognize the Church’s authority, there would be no forceful response or reaction to the Church’s teachings, they’d just laugh-it-off every time the Church, through her agents, said anything challenging or substantial. Yep…they’d laugh it off.  See where I’m going with this?

I’m starting to see a new pattern.  While at least the Church’s teaching on abortion still ignites a godless crowd into a fiery frenzy, most people don’t get too worked up over the Church’s moral voice anymore. Not only do people not take the Church’s moral authority seriously anymore, they don’t even take the Church itself seriously anymore.  If ever the Church (through her agents) says something challenging or of substance, it’s usually laughed off, as if spoken by someone who is known to be insane and irrational.  No one gives it a second thought.  Why?  Because we have, at least in significant part, informed their understanding of who we are.

As with Peter’s confession of Jesus, the observation of scandal in the Church, and criticisms of the Church’s teaching, the answer to “Who do the people say that I am” is based on what the people observe, and how correctly they understand it.  What the people observed in Jesus, and what Peter observe in Jesus informed their respective ideas of who Jesus was. What the people observed in the Church’s scandals partly informs their ideas of who, or what the Church (or the faith) really is, too. In the past what people observed from the Church, with regard to her moral voice—during a time when the Church was more bold and fearless in her speech—informed what they thought of the Church.  What informs the people today? What behavior do they observe?  It is nothing less than this: The Church seems to have gone silent, says little or nothing of pertinent or poignant substance, has adopted secularized rhetoric, and is fearful of speaking truth. What’s more, the demeanor and character of many of her clergy seems to show that they do not take themselves, or the faith seriously anymore.  Given all of this, the answer today to “Who do the people say that I am” seems to be “Nobody!”  Nobody special. Nobody important. Nobody at all.  The “church” acts silly, sounds silly, behaves ridiculously and says ridiculous things.  The “church” doesn’t take itself seriously at all, and so neither do those who observe the church.

Like Jesus’ contemporaries, it’s possible to observe behavior and actions, and arrive at an erroneous conclusion as to the identity of the person executing those actions or displaying that behavior.  Does the Church take itself seriously? It surely does. But is that actually what’s on clear display? In my opinion, no. At least not commonly.  Do the clergy take the Church’s teachings seriously? Most of them do. But, again, is that what’s on clear display? Whether at mass, during talks and seminars, or in online videos, most of the priests and bishops I listen to seem to dance around Church teaching, stopping short of contradicting it, yet undermining it or practically hiding it.

We’re showing the people fearfulness, we’re showing them shame, we’re showing them a deficient understanding or low regard for our own teachings, and we’re sounding crazy. That’s what informs their understanding. The consequence is that we attract converts, but retain very few of them. We have many Catholics who stop coming to mass, or, while living as practical-pagans, decide to drop by on the occasional Sunday or holy day.  We attract many to communion (whether Catholic or not, whether in a state of grace or not) but none to confession.  We titillate more than we inspire.  We confirm in error (even if by omission)  more than we admonish, or inform, and orient to holiness.

I know it’s not all bad news.  There are great priests, bishops, and laypeople in the Church. There are tremendous conversion or reversion stories, and amazing examples of true saintliness both in the clergy and the laity.  But let’s not fool ourselves. The world has a very different reaction to a Church of saints than it has to the Church of today.  A Church of saints attracts many, and infuriates many more, because there is almost no lukewarmness in a world that finds a Church of saints alive within it.  The Church of today however attracts few, in the way of persons, and attracts much in the way of laughter and disregard.  We have to clean up our act, we have to take ourselves and the faith seriously.  Be merciful and be just. Be charitable and be brave. Be in the world but not of the world. Talk like the saints, not like politicians. Behave, in every way, like we are the apples of God’s eyes, rather than like the worms in the apples that have fallen and rotted on the ground.

The world is in great need of the Church. And the Church needs to be exactly who she is, and exactly all that she is, if the world is to have any hope of finding even it’s own humanity again, to say nothing about finding God again.