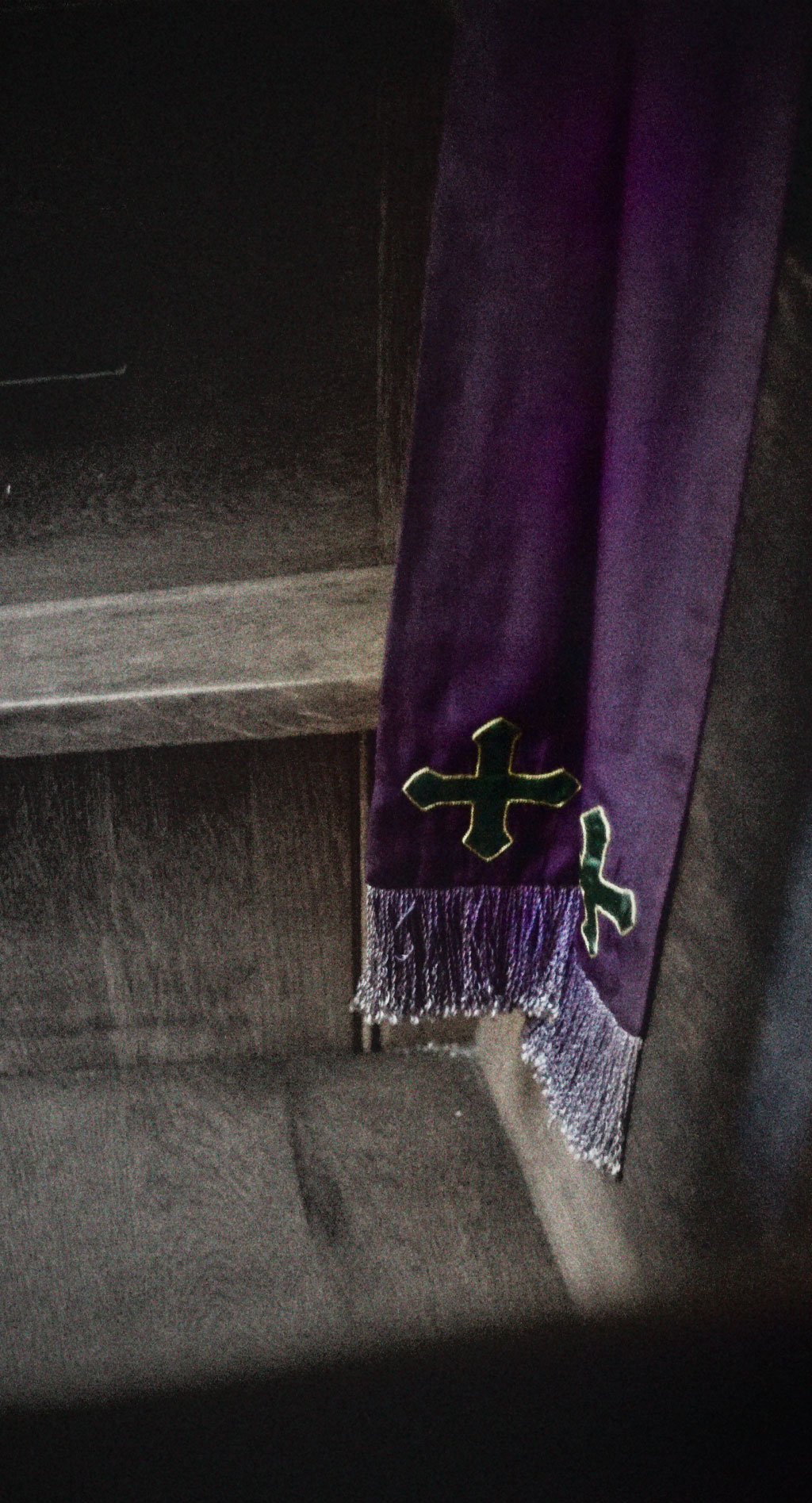 The original title of this post was going to be “Vigano Gets Real”. But since it’s better to have a title that’s more direct and clear, I didn’t use it.  But “getting real” is truly the heart of this post. Because while some in the Church are talking like characters in a storybook, others, like Vigano, are sounding real.

“In these modern times of terrible tribulation, when the pandemic has deprived Catholics of Holy Mass and the Sacraments, the Evil One has gone into a frenzy…”
-Archbishop Vigano

Archbishop Carlo Vigano has called on priests throughout the world to perform a mass exorcism on Holy Saturday amid the coronavirus plague (In the interests of getting real I’m calling it what I truly believe it is, so I’m using “plague” instead of just “pandemic”).

From Vigano’s letter: “In these modern times of terrible tribulation, when the pandemic has deprived Catholics of Holy Mass and the Sacraments, the Evil One has gone into a frenzy and multiplied his attacks to tempt souls into sin…It’s These blessed days of Holy Week, which used to be the ideal time to go to Confession to prepare ourselves for our Easter Communion, now see us locked inside our houses, but they cannot stop us praying to Our Lord.”
-Taken from an article on Fox News

Vigano is right, this plague has wrought hell (no pun intended) on the faithful, and it is happening quite peculiarly during the season of Lent; a season of prayer, penance, reflection, growing closer to God and growing in holiness.  Catholics are being kept away from the mass, and in many places being kept from churches entirely.  Confessions are not being heard, again peculiarly during a season when people are more inclined to go to confession—some for the first time in months, others for the first time in years.  If we rely on the grace of the mass, the sacraments and the presence of Our Lord in the tabernacle to fight the spiritual war, this plague has left us largely exposed to the enemy’s assaults. (Exposed, but not entirely defenseless. Read: Coronapocolypse – What should Catholics be doing during this trial?)

I think the global Church needs to be doing something but I don’t think a mass exorcism hits the bullseye.  It will surly have some effect, and it surly has power. I think the Archbishop is trying to assist the faithful by diminishing the strength of the enemy, who has temporarily been tossed an ace for his hand.  A mass exorcism will weaken the demonic’s total force.  But I don’t believe it will save us from this plague, which I don’t think the Archbishop is suggesting anyway.

Let’s All Get Real

…it sounds like the clamor of the secular world; it does not stand out from the crowed of voices as the distinctive voice of Holy Mother Church.

What’s more interesting to me than what Vigano is saying is the fact that he’s saying it.  It’s nice to find a priest talking like a priest and not like a politician or an administrator.  As I watch interviews with influential clerics such as Cardinal Dolan of New York and others, they sound largely like everybody else on TV or in the news.  They’re talking about the temporal effects of this plague and not the potential fruits, or spiritual causes of it. They’re talking about the surface and not the depths.  They’re not sounding real! It’s as if the whole Church has become mute, because they aren’t actually saying anything of substance. When they do speak, it sounds like the clamor of the secular world; it does not stand out from the crowed of voices as the distinctive voice of Holy Mother Church.

I get it, these guys are being interviewed by secular media, and you’re not going to get a homily from them on a secular platform. It’s understandable.  But my problem is that they aren’t doing much better even in places where they’re free to be a Catholic as they can be; their parishes, Dioceses and Catholic media where many priests and bishops talk like high school social workers rather than like apostles—men who live in the world, but whose hearts and minds express themselves from the perspective of heaven. Again, they don’t sound real, and they sound as if they’re blind to reality.

I equate this issue to the difference between someone who is interested in the look/design of a new car, and someone who is focused on its engineering.  One is fixed on things like the color, shape, design of the body, the color and material of the interior, the accents of its design, the look of the wheels and rims. The other is more fixed on the type of engine that’s in it and how it operates, the transmission, its power conversion.  The first person will talks about what’s on the surface, and the other talks about what’s beneath the surface, which is more complex, more revealing, more substantial…more real!

While the look, as well as the operation of a particular car compose the whole reality of that car, one would expect engineers to have more to say about its function than about its look.  In this analogy, the engineers are our priests; or at least an awful lot of them. They’re talking about the surface, not the substance.  They talk about COVID-19 not from a faith perspective, but merely from the perspective of a person who happens to be Catholic…or Cathol-ish.  To give an additional analogy, an architect and an interior designer may have some overlapping knowledge, but they don’t have overlapping expertise—a priest who is talking like an administrator instead of a shepherd  or an organizer of people rather than a pastor of souls has forgotten his calling, and is missing the point of his very existence during this plague.

Let me share with you another piece of that Fox News article that perfectly sums up what I’m personally observing:

“Pope Francis has continued to livestream from the Vatican. Local priests have offered drive-thru confessions and Panama’s Archbishop Jose Domingo Ulloa delivered the Palm Sunday blessing from a helicopter, noting that it is an unprecedented time.”

Let me add to that list something I read earlier today. Archbishop Gregory Almond of New Orleans, armed with holy water and the host, flew over his diocese to bless the population of New Orleans from an open-air cockpit of a WWII plane (Read about it here).  Which of these priests is not like the other?   Who is acting exceptionally during this exceptional time? Almond is blessing his people from a plane, some priests are liberating the souls of God’s people by responsibly/safely hearing confessions, Archbishop Domingo delivered a Palm Sunday blessing from a helicopter….and the pope is livestreaming the mass.  I don’t want to discount the value of the mass, or the importance and value of streaming it to the isolated faithful, but the pope is not doing anything extraordinary here.  The ones who are doing something extraordinary are the priests who finding creative ways to bring exceptional graces to God’s people at a time when we specifically need it most.  Benediction from the air, or confessions from a car are examples of priests being God’s holy warriors in a time of great crisis.  I”m sorry to say it but livestreaming the mass is just status quo, and these are not “status quo” times.  There is a raging inferno going on, and to deal with it some priests are traveling miles with big, heavy buckets of water while others are just trying to blow it out like birthday candles.  Vigano is talking about mass exorcisms, while the Holy Father is blaming this plague on man’s indifference to climate change.  Some priests are doing fly-over blessings and drive-by confessions, while others are issuing shallow and infertile spiritual messages that amount to little more than “You can watch the mass online. Hang in there everybody!”

There seem to be very few priests who are treating the whole of this plague—the physical/temporal nature of it, and the spiritual realities surrounding it.  I occasionally see/read them in Catholic media, on YouTube and so on. There are very few of them, but we must all thank God for them, and pray for them.  They have become the strangers in a strange land, within their own houses(!), the Catholic Church.