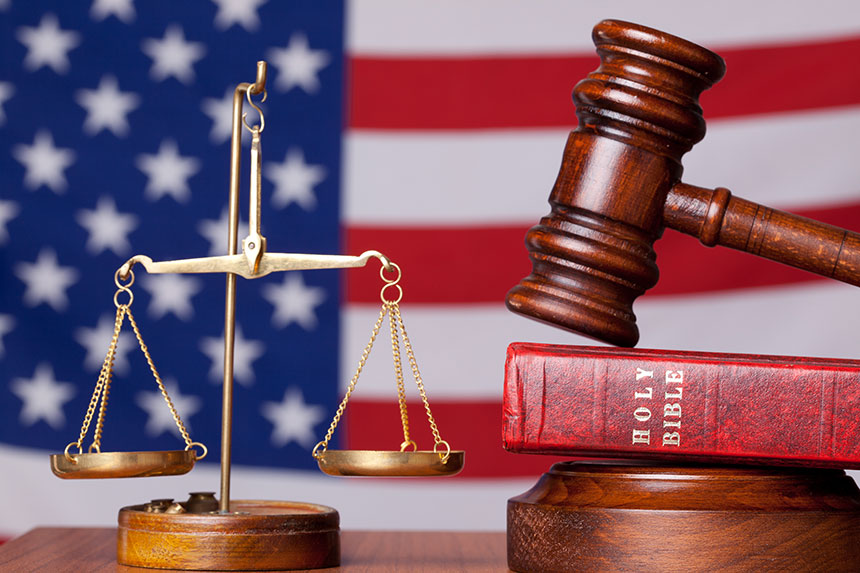 These words of Moses to Pharaoh echo in my ears today. It’s what the bishops should be saying to the modern-day Pharaoh, collectively the federal and local state governments.

As I write this Catholics throughout the world are still facing unreasonable restrictions on mass attendance in the face of the COVID-19 pandemic. Restrictions in some diocese are slightly more reasonable (I use the word loosely!), going by percentages of attendance according to a particular church’s fire-code cap, which at least takes into consideration the size of the church, while in other dioceses the restrictions are on the total number of people in a church, regardless of the size of the Church.

The injustice of these restrictions is yet more stark in light of the fact that similarly restrictive measures are not applied to other businesses or social operations. In Nevada, for example, casinos were restricted to 50% of their fire-code cap, while churches were restricted to 50 people, regardless of fire-code cap. Similar inequity can be seen in other cases, such as in New York, where shoppers can crowd a shopping mall, but where the Governor attempted, by executive order, to restrict mass attendance to 10 people, regardless of the size of the church. The Supreme Court granted an injunction against the Governor’s order but, shockingly, only by a vote of 5-4 in favor of the plaintiff in that lawsuit, the Diocese of Brooklyn. Five to four?? That should have been a unanimous ruling in favor of religious freedom!

I’m not privy to every detail of the arguments being made by legal teams working on behalf of the dioceses and other houses of worship. But I have never heard—in any statement, press release or news report about these lawsuits—anyone press the correctargument that these lawyers and plaintiffs should be making.  In a nutshell, they’re arguing that the restrictions placed on houses of worship are unlawful on religious freedom grounds, because they’re arbitrary and unfair.  While that is true, it’s the wrong argument to make, because it’s the smallest offense against our constitutional rights.  The real argument, the full argument that they should be pressing is this:  That restrictions on Catholic houses of worship are not merely restrictive, they’re all-out prohibitive and prevent  (not “restrict”) American Catholics from exercising our right to practice our religion; to worship. They unduly and unreasonably and unlawfully prohibit most Catholics from worshiping God according to the tenets of our religion and according to how God himself desires to be worshiped.

What’s the difference? Why is this prohibitive rather than restrictive, and why does that matter? Because worship is a requirement of our religion, and “worship”, from the perspective of God, and the Church, isthe holy sacrifice of the mass. Worship is not merely prayer in our homes, it is not the private reading of scripture, and it is not visiting a church that is open for private prayer. Those are devotions, not worship. Devotions are important but they are not the point of our religion, worship is.  And worship, for Catholics, is the holy sacrifice of the mass. We can’t practice our religion if we can’t worship, and we can’t worship if we can’t attend mass.  For Catholics to exercise our faith, we mustbe able to attend mass. When the government places unreasonable restrictions on mass attendance, only a small number of Catholics per-parish are able to worship, while most other Catholics in the parish can’t; and that is a violation of our constitutionally protected rights.  It happened to me and my family a few weeks ago when we were turned away from mass because the church had reached it’s [limited] capacity.  We were forbidden, because of a government order, to practice our religion that day.

This is a legal matter, as much as a theological one, and for the argument I’m presenting to have any force, we have to cover both the legal angle and the theological substance behind the argument.  So needless to say the rest of this post will be a little lengthy and complex.  Bare with me, I think you’ll find it to be illuminating.  Feel free to jump the section that most interests you.

Religious Freedom, and The Constitutional Perspective

To say that “religious freedom is protected by the constitution” would be “sorta true”, but an oversimplification. While the First Amendment to the Constitution contains the Free Exercise clause protecting the rights of Americans to practice their religion, it does so by restricting Congress—not local and state governments—from making any law that prohibits that free exercise.  However the Fourteenth Amendment of 1868, which establishes “equal protection under the laws”, applies the same restrictions placed on the congress in the First Amendment also to local and state governments.

So for our purposes here, understand that neither the federal or a local government is permitted to restrict Americans from the practice of their religion without due process, and that “due process” is a very high bar to meet. The stroke of a pen on an executive order isn’t “due process”. “I hereby restrict your religious freedoms because of there’s a pandemic going on” also does not meet that high bar, because a law restricting the rights of Americans has to be as least restrictive as necessary for, in this case, the protection and furtherance of the public health. It can’t be an arbitrary restriction, as we are seeing all over the country, and all over the world.

Restrictions on other houses of worship are not the same as “restrictions” on Catholics, because Catholics do not view worship the same way as non-Catholic Christians or Muslims. For them, worship is prayer.  For us, worship is the offering of a sacrifice on an altar, and that only happens in church, during the Holy Sacrifice of the Mass. A legal counter argument could be summed up with “So says you! But we, the courts/government, see it differently”.  But how we define worship in Catholicism isn’t up to us and isn’t open for interpretation by the court, the state, or ourselves.  This paradigm wasn’t invented by the Church, it comes to us from God, handed down by our ancestors, down through the patriarchs, the Jews, Jesus, the Apostles, and continuing with us today.  Because this is solidified in our religion, dating back thousands of years before us, there can be no opposing argument that this is anything less than our religion. No one can say “that isn’t really what your religion holds” or “the practice of your religion doesn’t really involve or require worship” or “the definition of worship, in your religion, is debatable”.  It is not open for contention that restrictions on Catholics prevent us from the core and central expression of our faith, in violation of the Free Exercise clause of the First Amendment, and the equal protection clause of the Fourteenth Amendment.

God is very clear in Exodus about the nature of worship.

In Exodus 3:18 God says. “…And you and the elders of Israel are to go to the king of Egypt and say to him, “Yahweh, the God of the Hebrews, has encountered us. So now please allow us to make a three-days’ journey into the desert and sacrifice to Yahweh our God.” And again later, “Go back to Pharaoh and announce to him, ‘This is what the Lord says: Let my people go, so they can worship me” (Exodus 8:1)

According to God, the nature of worship is sacrifice (not prayer).  God is very clear. He orders Pharaoh to free the Hebrew people so that they can leave Egypt for three days in order to worship him.  If “worship” was merely prayer or supplication, it wouldn’t have been necessary for the Jews to leave in order to do it. They could have done that privately in their homes within Egypt (sound familiar?).  And surly they were doing that much anyway. But when God called them to do something more; he called them to worship.  He required that they be released from Egypt so that they could build an altar and offer sacrifices on it.

“Then the Lord said to Moses, “Tell the Israelites this: ‘You have seen for yourselves that I have spoken to you from heaven: Do not make any gods to be alongside me; do not make for yourselves gods of silver or gods of gold. Make an altar of earth for me and sacrifice on it your burnt offerings and fellowship offerings, your sheep and goats and your cattle.”
-Exodus 20:22-24

This is not a new or novel form of worship when it pops up in Exodus. We see it before Exodus,—chronologically speaking, long before the exodus—starting as early Cane and Abel (Genesis 4)—who most likely learned it from Adam’s example—and we observe it from Noah (Genesis 8:20), Abram (Genesis 12:7), Jacob (Genesis 35:1), all of whom built altars and offered sacrifices on them.  Whenever we read that someone worshiped God, the form that action takes, and the nature of that worship, is that they built and altar and offered a sacrifice on it.  By the time of Exodus, this was well established. It was the way that God was worshiped, because it was the way He demanded worship. Note that while Cane and Abel both offered sacrifices to God, God only accepted Abel’s sacrifice, demonstrating that God has a standard for how he is to be worshipped (i.e. ‘THIS is right worship, and THAT is not’).

But why couldn’t the Jews simply worship (that is, offer animal sacrifices) to God from Egypt?  Why did they have to be called out of Egypt in order to worship God? Scripture is clear on this.

“Then Pharaoh summoned Moses and Aaron and said, ‘Go, sacrifice to your God here in the land.’ But Moses said, ‘That would not be right. The sacrifices we offer the Lord our God would be detestable to the Egyptians. And if we offer sacrifices that are detestable in their eyes, will they not stone us?’ ”

So we see all of the pillars of the argument that should have been made from Day-1 of this pandemic:

How such an argument would play out in the courts is anybody’s guess. When we’re seeing 5-6 decisions in cases that should be unanimous rulings, it’s clear that increasingly the law will mean whatever activist politicians and advocate-judges want it to mean. We’re at a pivotal moment in human history where the governments of the world are enjoying far more power than they ever should have, and sadly our Church is letting them have it, by putting up little or no resistance, with no argument, or with frail and faulty arguments. God is just and God is truth. We should all try to be like him and stand for the truth whenever it’s stifled and stand for justice when it is assaulted. We’re not seeing that in the Church’s efforts right now. Pray and pray hard my brothers and sisters. And please share/distribute this post if you find it worthy.